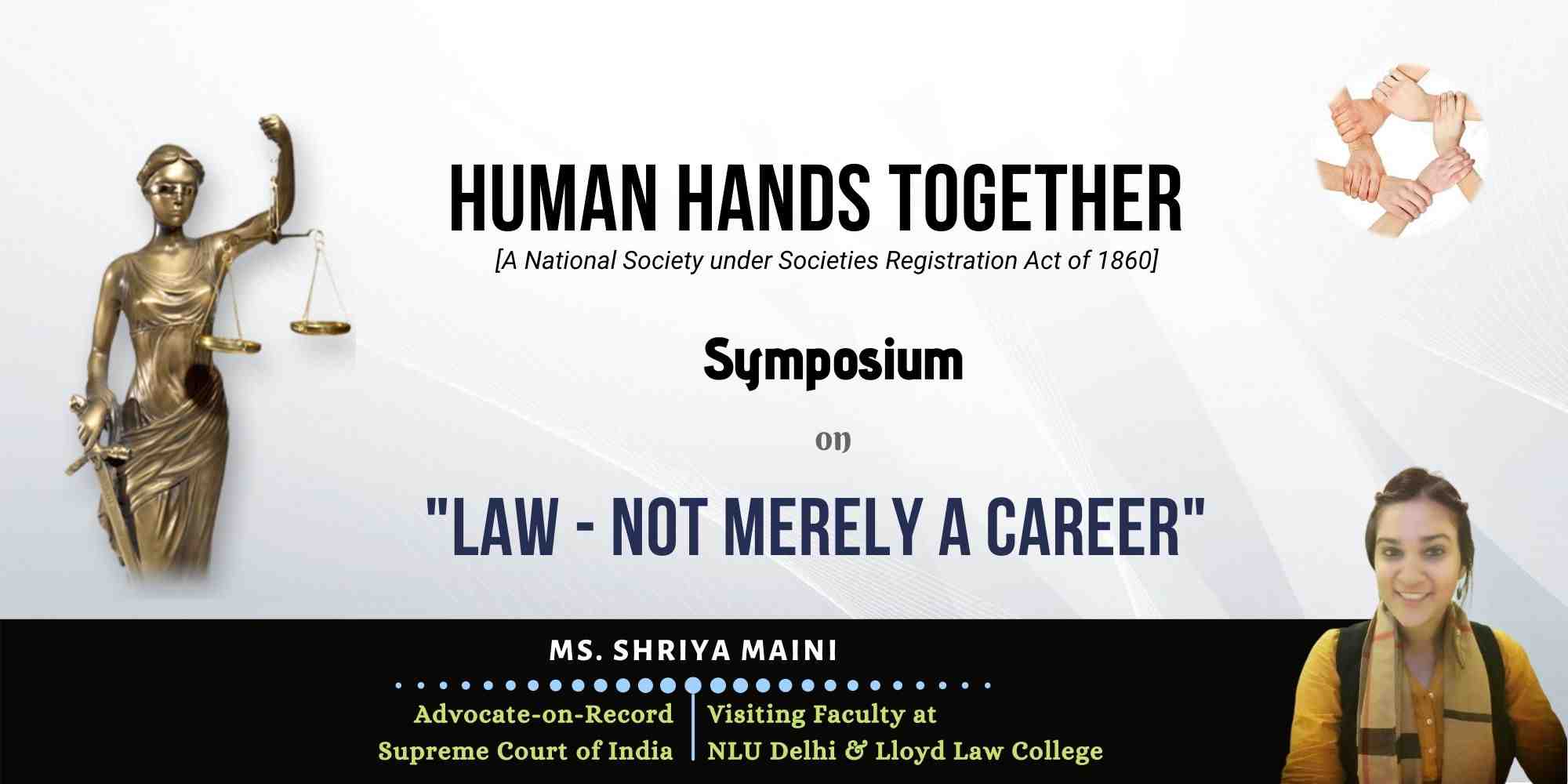 Law is a way of life, not merely one’s career. It is perhaps, the sole profession (besides medicine of course) which is inevitably applied and verily utilized by each and every person at some point of time in their lives. Whether a lawyer or not, one inexorably does come across this field in its variant forms, be it a relative’s property dispute, a family member embroiled in a civil litigation, a stark case of corporate fraud or an unfortunate series of criminal trials. It is thus, significant to comprehend and appreciate the law, not merely because it is one’s career, but a knowledge based skill that may be ubiquitously and pragmatically used by one and all.

Law has always been a principled profession, since lawyers have always endorsed and strived for a better and peaceful society. Lawyers have indeed proved to be the true beacon light bearers for people. For instance, Lokmanya Bal Gangadhar Tilak who roared Swaraj is my birth-right fought his own case in a British Court that accused him of sedition. Mahatma Gandhi, yet another   lawyer, determined independent India’s future and destiny. Justice Krishna Iyer in one of his judgements emphatically has opined “Law is not a trade, not briefs, not merchandise, and so the heaven of commercial competition should never vulgarize the legal profession.” He believes the underlying ethos of the legal profession is the service to society, akin that of a doctor. In other words, the principal aim of law is to protect citizens from social diseases. Hence, it is essential to persistently ruminate upon the aim of the law, especially as a young budding lawyer, should you wish to excel in this field.

Today, law as a preferred choice of career has found sudden colossal success, especially with Indian law schools churning over 3.5 lacs law graduates per year, as per the data made available by the University Grants Commission. However, not all law graduates make respectable lawyers. Only a selected few are able to ascent the ladder of success which is encumbered with cut throat competition, outstanding legal knowledge and professional acumen. Charles Darwin says, it is only the fittest that survive. In other words, only those survive and subsequently, succeed for whom the law is their passion and not merely their career. Passion ought to be the north-star in the constellation of a lawyer’s career universe. That to me is another innate quality of survival, found in almost all promising lawyers of India.

The Hon’ble Supreme Court in the case of Chief Justice of Andhra Pradesh and others v. L.V.A. Dixitulu and Others highlighted that the law is a living, integrated organism having a soul and consciousness of its own and its pulse beats, emanating from the spinal cord of its basic framework, and can be felt all over its body, even in the extremities of its limbs. Through its dynamic and purposive interpretative approach, the judiciary strives to breathe life into the law and not render it a collection of mere dead letters. Lawyers, as society’s catalytic agents have the potential to enable and urge the Courts and law to adapt to the ever-changing circumstances without losing their identity. In other words, practising the law is not merely a career choice but a community outreach programme undertaken for life because law is the legal expression of a society’s moral, political and economic ideology.

Besides passion, patience and hardwork illustrate and illuminate the hallmarks of an able lawyer. As a career choice, the law makes all of us question, on a daily basis “What, Where, When and How”. This critique ability enables lawyers to adapt to the ever-changing needs and sociological developments taking place in the society. The role of lawyers in realizing the evolving nature of this living instrument called the law is undoubtedly the embryonic cognitive which makes it worthwhile for me to deliberate with you in much greater detail, its charms and challenges.