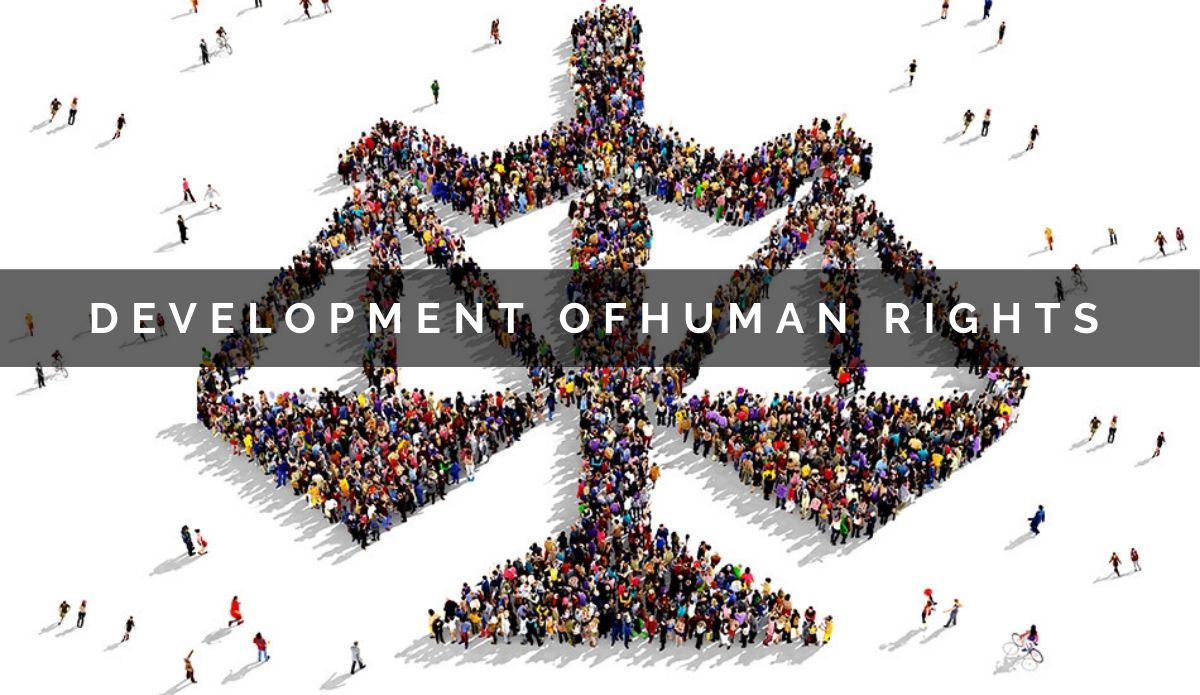 The extensive legal protection for human rights that currently exists in national, regional and international law is the product of millennia of struggle by individuals concerned with human justice and well-being.

Human Rights governed under International Human Rights Law define the will of human rights. The distinct feature of rights related to human beings is the fact that emergence of human rights or the recognition of the rights cannot be pinpointed to one specific era or period. Research Scholars, historians among other prominent academicians have been unable to agree on one specific date as to when these rights were recognized.

Babylon Code of Hammurabi or Hammurabi Code, 1754 BC:

The Code of Hammurabi was made by the sixth Babylonian King and is considered as an important addition to the timeline of human rights. Hammurabi Code is one of the oldest and well written codes of law and it still finds its relevance in the present society under the following concepts:

i.)      Palimony: The concept of palimony, wherein two people cohabiting together as a couple without marriage can also claim compensation from the other person, originated from the Hammurabi Code.

ii.)    Doctrine of Lex Talionis: The Laws of Retribution also known as “an eye for an eye” are speculated to have been originated from the Code of Hammurabi.

Cyrus Charter of Human Rights, 539 BC:

The Cyrus Charter of Human Rights is known as the symbol of tolerance and freedom and what stood as a distinguishing feature of the Cyrus Cylinder was the freedom of slaves and right to choose one’s own religion. All these led to the Cyrus Cylinder being recognized as the first charter of human rights.

Art of War is an ancient Chinese military treatise developed and written by the Chinese philosopher Hsun-Tzu. This book or treatise is one of the oldest well written documents regarding the international humanitarian laws as we know them today and the rights of prisoners were acknowledged by Hsun-Tzu for the first time which led to emergence of laws of warfare as one of the main branches under International law.

i.)      Concept of Prisoner of War: Magna Carta had several clauses under it which talks about prisoners of war and their rights applicable in today’s world.

ii.)    Right to Justice and Fair Trial: Magna Carta emphasized on the fact that no free man shall be deprived or stripped of his own rights, imprisoned, outlawed or exiled and the judgment to him can only be pronounced by the laws of the land.

iii.)  Right of justice to be provided: Magna Carta also focused heavily of the importance of justice and implied that justice can neither be sold nor delayed or denied.

Petition of Rights came into existence as a Legal Constitutional Document as the declaration of rights of the subject which a king is prohibited from infringing.

The significance of the petition of rights was the fact that it forced the king to obey certain rights and prevented the violation of these rights of his subjects for the first time.

These following principles were the main rights which were protected by the document of the Petition of Rights:

iii.)  Prohibition on the imposition of Court Martial Laws in times of peace: The laws used in wartime could no longer be imposed in peaceful times.

Habeas Corpus Act introduced the Writ of Habeas Corpuswhich empowers the Right of the person to be presented before a Court of Law and since then has been one of the most used writs in the world.

The United Kingdom Bill of Rights is a declaration of Civil Liberties and Rights of the subject and it codified certain rights and liberties of Petition of Rights, 1628 and the Habeas Corpus Act, 1679 as well. Other features of the Bill of Rights included limited powers of King and Queen, Freedom of Speech and Separation of Powers.

In the Declaration of Independence of US, 1776, Thomas Jefferson proclaimed “We hold these truths to be self-evident that all men are created equal; that they are endowed by their creator with certain unalienable rights; that among these are life, liberty and the pursuit of happiness.”

Virginia Declaration of Rights was drawn after the proclamation of Thomas Jefferson and had similar principles under it as that of the Declaration of Independence.

Declaration of the Rights of Man and Citizen, 1789:

The 1789 Declaration of Rights of Man and Citizen was a Civil Document from French Revolution and 17 of its articles served as the preamble to the 1791 Constitution.

The Lieber Code of 1863 was the first codified document declaring certain rules of conduct related to wartime and the Lieber code served as the foundation of International Humanitarian Laws and Geneva Conventions regulating the laws of warfare.

In 1914, First World War was fought between the Allied and Central Powers till 1919. The main causes of World War 1 were Alliance, Militarism, nationalism, imperialism and assassination. Due to the War, the World witnessed various laws for protecting the human rights.

League of Nations was formed after the end of World War 1 with the aim of incorporating world order, restoring peace and development of the world. One of the main aims was to prevent the world from witnessing another world war. The League of Nations was established by the Treaty of Versailles.

The Pact of Paris was a treaty with declaration of not using war as a means or weapon for resolving disputes between the nations in any nature.

The German-based Holocaust witnessed the largest form of violation of human rights in the history of mankind and around six million Jews were hunted, tortured in concentration camps and killed. This again led to huge hue cry with respect to human rights.

The year 1939 witnessed another outbreak of chaos and the world was again divided into 2 parts - Allied and Axis Powers which further led to the formation of United Nations.

United Nations (hereinafter to as ‘UN’), established in 1945 is an international organization that replaced the League of Nations when the former failed to prevent the Second World War. UN's main aims are to promote security, peace, development in the world and to prevent another outbreak of war.

ICJ was created under the body of UN and it is the leading Court of Justice having the power and authority to oversee international disputes between the nations.

International Criminal Court was established in 1946 for the offences of war crimes, genocides and crimes against humanity at an international level.

Convention on the prevention and punishment of the crime of genocide, 1948:

The convention laid down articles and laws for prevention of acts of genocide and punishments available for the crime of genocide.

Racial Discrimination existed between the year1948- 1994 in Africa and humans were discriminated on the basis of their color. This form of system was known as Apartheid which again was the violation of human rights.

International convention on the elimination of all forms of racial discrimination, 1965:

This treaty was adopted in 1965 which abolished any form of racial discrimination.

Declaration on elimination of discrimination against women, 1967:

The declaration provided the prohibition of any form of discrimination against women.

World's first conference on human rights occurred in 1968 at Tehran to discuss various aspects of human rights and the violations that are taking place around the world and the measures to protect them.

International convention on suppression of apartheid, 1973:

The convention on suppression of Apartheid came into existence to the response of racial discrimination policies in Africa also known as Apartheid.

Convention on Elimination of All Forms of Discrimination Against Women, 1979:

Convention on the rights of the child, 1989:

The rights of a child have been established under the convention.

Declaration on elimination of violence against women, 1993:

It is the first declaration that exclusively talked about rights of women to be protected from all forms of violence.

Most of the Indian population is covered by villages and these people have no or very little awareness of Human Rights due to factors like illiteracy, backwardness etc. The challenge is to make them aware of their rights through these commissions in place and various Non – Governmental Organizations. It is upon them to help people know their rights along with the government of India taking bold steps towards helping them and assuring them full respect. Human Rights awareness is a step to be taken seriously if India needs to tackle these violations.

Category : Articles
PreviousEXCEL IN MOOTING, TRIALS AND ADR
NextWHAT LAW STUDENTS CAN DO AMID PANDEMIC?

10 thoughts on “DEVELOPMENT OF HUMAN RIGHTS”