ALL HUMAN BEINGS
ARE BORN
FREE AND EQUAL

Human beings are born equal in status, dignity, importance and rights. These are moral claims which are inalienable and inherent in all individuals by virtue of their humanity alone, irrespective of caste, colour, creed, and place of birth, sex, cultural difference or any other consideration. These claims are articulated and formulated in what is today known as human rights. Human Rights become operative with the birth of an individual. They are not created by any legislature, through legislation and are not subject to amendment. Because of their enormous gravity to human beings; these rights are also sometimes referred to as fundamental rights, basic rights, inherent rights, natural rights and birth rights. The Fundamental Rights cannot be understood without learning the Human Rights as the concept of the Fundamental Rights itself is derived from the its theories.

Human rights are those minimal rights, which every individual must have against the State, or other public authority, by virtue of his being a 'member of human family' irrespective of any consideration
- Dr. Justice Durga Das Basu

DR. JUSTICE DURGA DAS BASU brings out the essence of human rights in his definition, "Human rights are those minimal rights, which every individual must have against the State, or other public authority, by virtue of his being a 'member of human family' irrespective of any consideration."

Human rights are conferred on an individual due to the very nature of his existence. They are inherent in all individuals irrespective of their caste, creed, religion, sex and nationality. Human rights are conferred to an individual even after his death. The different rituals in different religions bear testimony to this fact. Therefore, Human Rights are inalienable in nature. Human Rights are so essential and necessary that in its absence, the moral, physical, social and spiritual welfare of an individual is impossible. They provide suitable conditions for material and moral upliftment of the people. 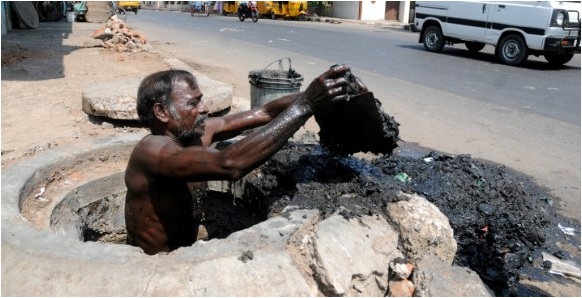 To treat another individual with dignity irrespective of the fact that the person is a male or female, rich or poor the Human Rights are concerned with human dignity. In the same meaning India has enacted a law in 1993 that forbids the practice of carrying human excreta. This law is called Employment of Manual Scavengers and Dry Latrines (Prohibition) Act. Human Rights are Irrevocable: Human rights are irrevocable since they cannot be taken away by any power or authority as these rights originate with the social nature of man in the society of human beings and they belong to a person simply because he is a human being. As such human rights have similarities to moral rights. As human life has a purpose, these rights are necessary for its fulfillment. These rights are universal in nature and are not a monopoly of any privileged class of people. The values like divinity, dignity and equality which frame the essence of these rights are inherent in human nature.

The concept of Human Rights is as old as humanity but its international concern is said to be of more comparatively origin. These rights are systematically got the protection in the international system with the introduction of United Nations Charter in 1945.

In an ancient Greek play "Antigone", the human rights are recognized as the natural rights of a man. In the play, when Antigone's brother got killed while rebelling against King Creon, the burial of his dead body was prohibited by the King. Antigone buried the dead body and was arrested for violating the king's order. She pleaded that she acted in accordance with the "immutable, unwritten laws of the heaven" which even a king could not override. From the facts of the play, it is not wrong to say that the origin of human rights can be traced from the ancient times. 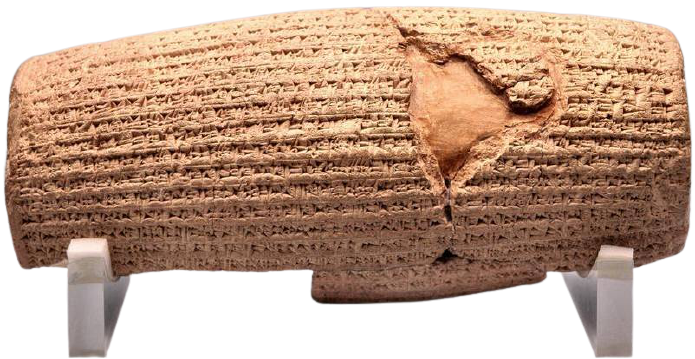 The world's first bill of rights was discovered on a clay tablet from the reign of Cyrus the Great, i.e. from between 555 to 529 BC. In 539BC, after his armies conquered the Babylon, he freed up the slaves, and declared that all people had the right to choose their religion, and established the racial equality. The decrees were recorded on a baked-clay cylinder in the Akkadian language. Today known as the 'Cyrus Cylinder', it is considered as the world's first charter of human rights. It had been translated into all the six official languages of the United Nations and also its provisions parallel the first four Articles of the Universal Declaration of Human Rights.

The most significant constitutional document of all human history is the Magna Carta, also known as the Great Charter, of 1215. It main theme was protection against the arbitrary acts by the king. The 63 clauses of the Charter guaranteed basic civic and legal rights to citizens, and protected the barons from unjust taxes. The English Church too gained freedom from royal interferences. King John of England granted the Magna Carta to the English barons on 15th June 1215. The king was compelled to grant the Charter, because the barons refused to pay heavy taxes unless the king signed the Charter. It is regarded as one of the most influential legal document in the development of modern democracy, as this Charter was a crucial turning point in the struggle to establish freedom.

The next source and approach of the development of the philosophy of human rights is the English Bill of Rights, enacted on December 16, 1689, by the British Parliament. The British Parliament declared its supremacy over the Crown in clear terms. The English Bill of Rights declared that the king has no overriding authority. The Bill of Rights codified the customary laws, and clarified the rights and liberties of the citizens. It lays down the twin foundations, viz., the supremacy of the law, and the sovereignty of the nation, upon which, the English constitution rests. 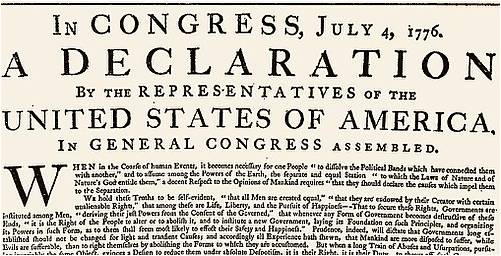 In 1776 on 4th July, the United States Congress approved the Declaration of Independence. The Declaration was stressed on the themes of individual's right and the right of revolution, widely held by the Americans as well as spread internationally that later influenced the French Revolution.

The Universal Declaration of Human Rights or UDHR is a landmark document in the history and evolution of human rights. Drafted by delegates with distinct legal and cultural backgrounds from all sections of the world, the Declaration was proclaimed by the United Nations General Assembly in Paris on 10 December 1948 (General Assembly resolution 217 A) as a common standard of achievements for all peoples and all nations. The Charter was approved and unanimously adopted by all the representatives of the 51 states, who attended the United Nations Conference at San Francisco. It set forth, for the first time, fundamental human rights to be universally protected and it has been translated into over 500 languages. The importance of the Charter lies in the fact that it is the first official document in which the use of "human rights" is, for the first time traceable and which also recognized the respect for fundamental freedom.