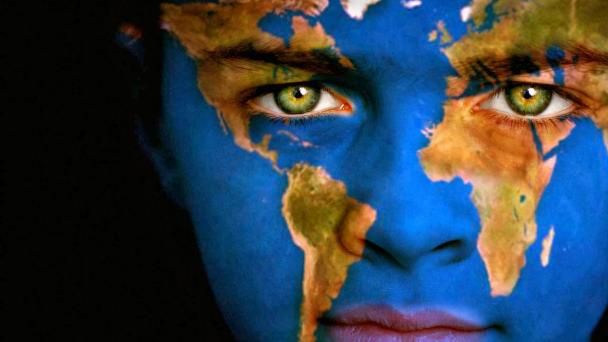 The world talks about globalization, technological development etc. The parameters of a developed nation is always measured in terms of financial development. There is no space for a common man's interest or welfare. There is no conscious effort of individual human development. The quality of being humane, benevolence, compassionate, sympathetic or generous behavior is at vanishing end. Normal humanity includes insight, sense, conscience and character. One need not have to achieve great heights or engage in diplomacy to be follower of humanity. You just have to be normal human being with a normal person's sense, be able to see through things, like a normal human being. Behaving like a normal human being is to speak with coherence. Yes means yes, no means no. Be true to the facts & speak appropriately, don't cheat, don't lie.

There is a saying that "An unexciting truth may be eclipsed by a thrilling lie". Religious wars are not caused by the fact that there is more than one religion but by the spirit of intolerance, the spread of which can only be regarded as the total eclipse of human reason (Frontline). The recent incidents of lynching, atrocities on SC & ST's across the country like in Arul Nagar in Tamil nadu,Jharkhand & Bihar, Rajasthan,Maharashtra & karnataka, cases against good writers like Arundhati Roy , case against Justice karnan, farmer's suicides across the nation, the agrarian crisis, caste violence, inflation, violence at the border, encroaching and grabbing of lands from the poor in the name of smart cities by the government who are supposed to be protectors of public property, denial of freedom of expression, no proper implementation of scholarship schemes, no proper implementation of employment to reserved categories, Dalit professors are hunted & removed from the profession or killed by the Hindutva mob, whistle blowers and agitators of injustice to be branded as anti-nationalist etc are true facts of modern India. This new face of India or can be said as ugly face could not have been imagined by the freedom fighters who sacrificed their lives to free India from Britishers. But it was Babasaheb Ambedkar who predicted that even if India gets independence the fate of SC and ST would remain the same and that is the reason why reservation is necessary. Today we see it is a reality. The mindset of all the upper class people have to change to bring change in the society. But unfortunately all these sections connive together to suppress them psychologically and physically.

As long as caste discrimination exists, reservation will exist. So you see the simple solution for eradicating reservation is to eradicate caste system. Intelligence lies in breaking the mental blockade & broadening the mind to accommodate rational thinking. This can be done from the grassroot level from home to school and at college level. Sensitizing the issue in a proper way to bring positive change and inculcating empathy in people. Mother India cries for the justice. When the judges are judging themselves, the Independence of the judiciary requires to be protected against itself . The greatest threat to the independence of the judiciary can be sometimes from within (Frontline). There is a saying that "No one deserved to be hurt, no one deserves to be betrayed, be careful with your ways". When Injustice becomes law, resistance becomes a duty. If anyone defends these acts in the guise of any reason then that needs to be introspected. Just talking saintly or opposing the acts does not render any justice, but concrete action in this regard would be the solution to the problem. Silence in this aspect amounts to favouring the situation.

The true measure of the justice of a system is the amount of protection it guarantees to the weakest.
- Aung San Suu Kyi

Respect is the mirror, the more you show it to other people the more they reflect it back. No human was created to be a pawn or a toy in the life of another. Trust is earned from respect. Love grows with honesty & sacrifices.

The plain fact is that planet does not need more successful people but it does desperately need more peacemakers and lovers of every kind. Kahlil Gibran said "Tenderness & kindness are not signs of weakness and despair but manifestation of strength & resolution". The real development of any nation can be attributed when everyone has the basic necessities like food,shelter and clothing & education. Where everyone lives with dignity and honor. Where there is no dominance on the other on the grounds of rich, caste, power, position, race, sex, religion etc. When the country is facing these turmoils yet statements are given that country is developing. If this is real development, then the question arises what is the definition of development?

Can development only be attributed to technological advancement or globalization, industrialization etc only. Is there any space left for Humanity for human development which results in nations development. The mystery of departed soul of humanity can only be solved by concerning every aspect with humane approach. The Humane approach includes not only human beings alone but all living being including environment. We can consider ourselves as intelligent beings on this planet but not to forget that without other living beings we cannot exist either. Becoming great has a lot to do with being humble & having your feet on earth. Mother Theresa said that "If we have no peace, it is because we have forgotten that we belong to each other".